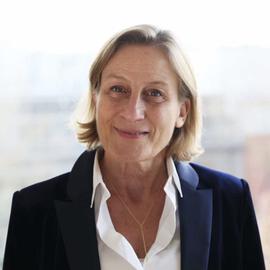 Prof. Dr. Nicole Dubilier is a Director of the Max Planck Institute for Marine Microbiology (MPIMM) in Bremen, Head of the Symbiosis Department, and Professor at the University of Bremen. She is an expert and world leader in the study of marine microbial symbioses in invertebrate hosts. Prof. Dr. Nicole Dubilier’s research has fueled a major change in our understanding of the importance, the diversity, and the function of symbioses in marine environments because her work has revealed that (i) the phylogenetic and functional diversity of chemosynthetic symbionts is much higher than previously recognized, (ii) chemosynthetic bacteria have been highly successful in independently establishing symbioses with many animal hosts in convergent evolution, and (iii) numerous animal groups benefit from such associations. Through interdisciplinary and collaborative efforts using a wide range of methods that includes high-resolution and correlative imaging analyses, metagenomics, metaproteomics, metabolomics, physiology, and deep-sea in situ analyses and experimentation, she has discovered and described novel symbionts and metabolic interactions in marine invertebrates from shallow-water to deep-sea habitats.

To pick a few examples: She provided the first evidence for a heterotrophic, sulfate-reducing endosymbiont in a marine worm from Mediterranean seagrass beds and showed how this symbiont is engaged in syntrophic sulfur cycling with a co-occurring sulfur-oxidizing symbiont (Dubilier et al. Nature 2001; go to article). She expanded our understanding of the energy sources that drive primary production in the biological communities at hydrothermal vents by showing that hydrogen is used as an energy source by chemosynthetic symbionts (Petersen et al. Nature 2011, cover story; go to article). In 2012, she discovered novel pathways for coping with energy and nutrient limitation in chemosynthetic symbiotic bacteria. These include (i) a previously undescribed variant of the 3-hydroxypropionate bi-cycle pathway for CO2 fixation, (ii) the use of carbon monoxide as an energy source, a substrate previously not known to play a role in marine invertebrate symbioses, and (iii) novel energy efficient steps in CO2 fixation and sulfate reduction (Kleiner et al. PNAS 2012; go to article). Recently, Prof. Dr. Dubilier challenged the paradigm that symbiont strain diversity destabilizes intimate mutualisms. Using high-throughput metagenomic and metatranscriptomic sequencing, members of her lab revealed that individual deep-sea mussels from hydrothermal vents host up to 16 strains of intracellular symbionts (Ansorge et al. Nature Microbiology. 2019; go to article).

Nicole has been a dedicated mentor for Laetitia. Laetitia was originally hired as a postdoc in the Symbiosis Department at the MPIMM in Bremen but Nicole encouraged Laetitia to apply for group leader positions and her own funding. With Nicole’s passionate support, Laetitia, within the first year after arriving in Bremen, received a Marie Skłodowska-Curie Individual Postdoctoral Fellowship and was awarded a Max Planck Research Group Leader position to start her own group at a Max Planck Institute of her choice. It was not only Nicole but also many members of the Symbiosis Department who devoted some of their precious time to review Laetitia’s applications and practice her interviews. As such, the Symbiosis Department is definitely a unique research environment in the world where some of the most exciting research is being done by people who go the extra mile to support each other.